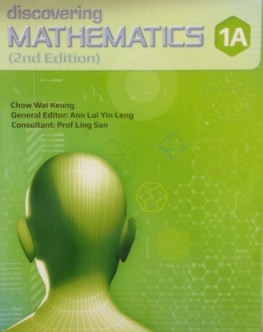 Mr. Chow’s new revised grade 7 textbook—a US edition is also available, which competes with an equivalent title in the “Math in Focus” series.

It’s an open secret that two of the well-paid math authors in Singapore are Dr. Fong Ho Kheong and Mr. Chow Wai Keung—two non-Singaporeans who have made it to the Millionaire Dollar Club. Also on the Forbes’ Singapore Math List are local folks like Dr. Y. H. Leong, Andrew Er, Fabian Ng, and Lee-Ann Goh, albeit their names are most likely alien to those outside Singapore.

A talking point in the local mathematical community is that both millionaires-authors “can’t write”—their titles are notoriously heavily edited or ghostwritten by editors. For instance, there is a decade-long local joke that over a hundred editors have their “editorial footprints” on Dr. Fong’s dozen odd titles.

As for Mr. Victor Chow, his critics remarked that his series of no-frills Discovering Maths titles—apparently a canned version of his ill-written books, which have been poorly received in Hong Kong—is ironically (or miraculously?) doing pretty well in Singapore, in spite of the fact that the competitors’ authors have been household names in math education for decades—many of whom are still teaching teachers.

Many attributed the decent or successful adoption of the Discovering Mathematics series in local schools, primarily because of better sales and marketing strategies by the publisher, as compared to those used by its competitors—form has allegedly triumphed over substance, thanks to lateral (and often shady) marketing.

Interestingly, that many in academia and in local publishing circles subscribe to the above views or rumors, whether because they’re jealous and envious of their “obscene” royalties, is understandable. Apparently, they rationalized that Dr. Fong’s and Mr. Chow’s “below-average writing skills” didn’t match their deserved earnings. 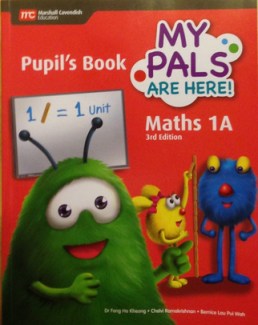 A mix of jealousy and envy and …

Having had the opportunity to speak with some of Dr. Fong’s ex-colleagues, and those who know him personally, it sounds to me that jealousy and envy feature high in discrediting him for “earning so much,” as they feel that they “can lecture better” and “have written more quality research papers” than him.

The argument is that writing textbooks (even successful ones) are for second-rate math educators and mathematicians—unspokenly, first-rate math folks write papers and speak at conferences; second- and third-rate folks write textbooks, or become consultants of these textbooks.

What we seldom hear, though, is that albeit Dr. Fong might arguably be a “boring presenter or lecturer,” as remarked by his critics, he nevertheless had the guts to promote his books in public, unlike his fellow ex-colleagues who think that it’s a “degrading job” to become a salesperson in promoting their titles at math conferences. Today, who’s having the last laugh to the bank?

In fact, it’s probably not an exaggeration to say that other than Fabian Ng and one or two ghostwriters, it’s Dr. Fong who helped popularize the Singapore model method and the problem-solving strategies locally, through his supplementary math books and public talks in the nineties, written for both students and parents. Yes, long before the Andrew Er’s and Yeap Ban Har’s books were spotted in the local market. 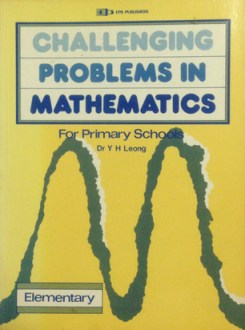 When risky wasn’t the new safe yet

At the other end of the wealth distribution curve, we’ve dozens of local math writers who wouldn’t dare to being a full-time author, simply because they’re more likely to end up begging than earning enough royalty to pay their bills. Unless you’re a shrewd textbook author-entrepreneur like Dr. Fong, the rest of us write more for our egos than expect any financial rewards, albeit few would admit it.

I’ve also heard of local math authors who had earned “negative royalties,” which means they owed the publisher instead—they had sold zero copies, and dozens of free copies were given, as part of some book promotion or launch.

Math can make you rich!

Dr. Fong and Mr. Chow both show that you needn’t be the best writer in town, not even a decent one, but if you work hard and smart, and ignore your critics; and if you’ve faith that your publisher has a good sales and marketing strategy, it’s possible to make a decent living in math education.

And what’s even more amazing is that both are foreign-born writers, who have seized the opportunity to make it big in Singapore, when the majority, some of whom are no doubt smarter and better than them, have let their intellectual or mathematical pride and arrogance prevent them from contributing more to raising the standard of mathematics education in Singapore.

Postscript: The author (@Zero_Math and @MathPlus) is a self-professed zeronaire, who is “infinitely jealous and envious” of these authors-millionaires, who have shown us that with hard work (and some luck by the side) “one can get rich with math,” infinitesimal as the chances may be.