If you had been on Facebook for some time, it’s very likely that you would have come across a certain type of numbers puzzles streaming your feed. Clearly, they’re not quite the typical numerical puzzles that often appear in school math books; rather, they’re closer to the types of questions posed in aptitude or IQ tests. One such number puzzle is the following. 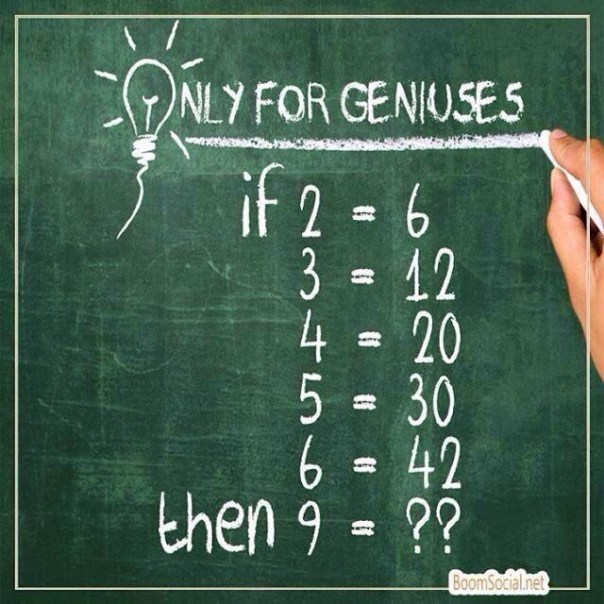 Unlike in textbooks that often present these logic puzzles in an uninteresting way, by seeing these colorful number puzzles on Facebook or Pinterest, and being hinted that only a small percent of the problem solvers apparently managed to get the correct answer, this entices readers to give it a try to see how well they’ll fare vis-à-vis their oft-mathematically challenged Facebook friends. Here’s another such number puzzle. 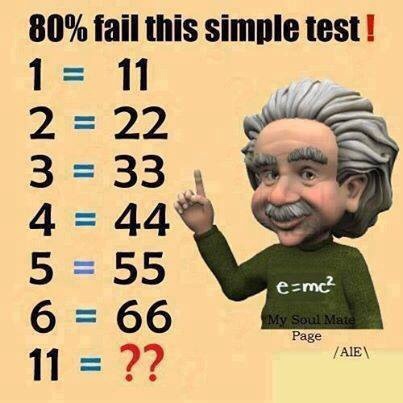 Arguably, these numbers-and-words puzzles have a certain charm to it, because they often require just simple logic to solving them, unlike similar brainteasers that may require some knowledge of elementary or middle-school math. What about the following Facebook numerical puzzle? 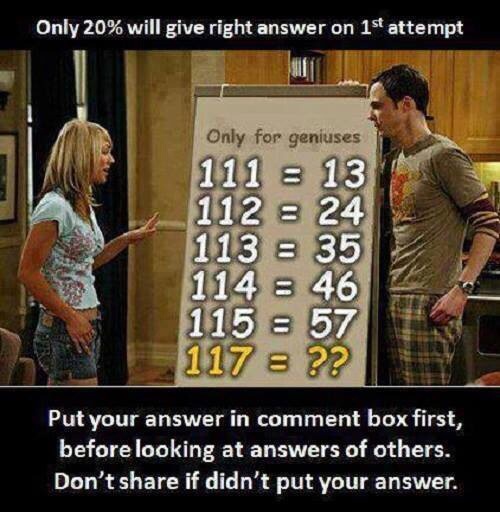 What do you make of this one? 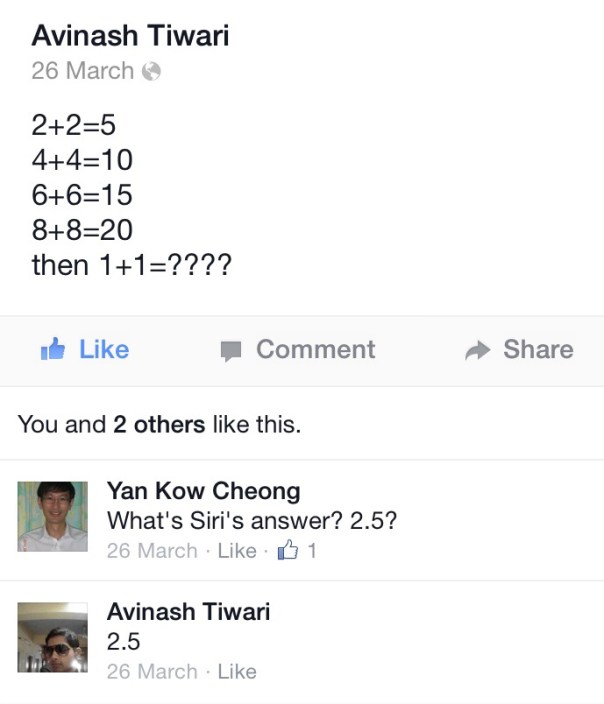 If these on-line numbers puzzles indirectly help promote logic and number sense among math-anxious social-media addicts; and along the way, provide them with some fun and entertainment, let’s have more of them in cyberspace!

Let me leave you with half a dozen of these numerical puzzles, stolen from my Facebook feed. Note that these types of brain-unfriendly math or logic questions may have more than one mathematically or logically valid answer, depending on the rule or formula you use—they serve as numerical catalysts for promoting creative thinking in mathematics. 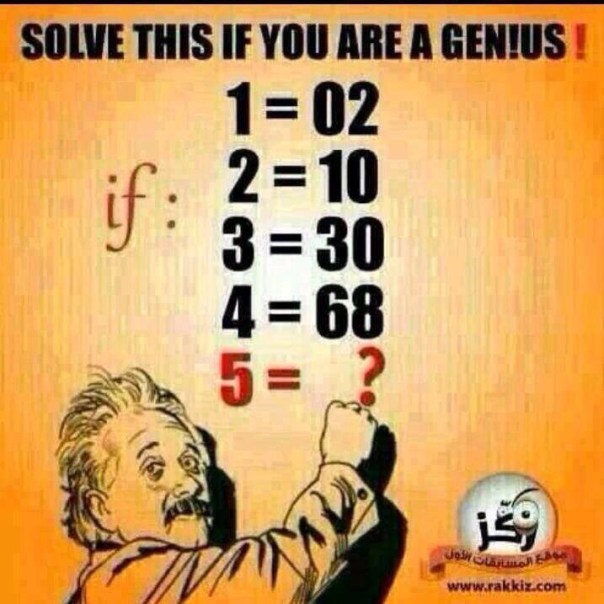 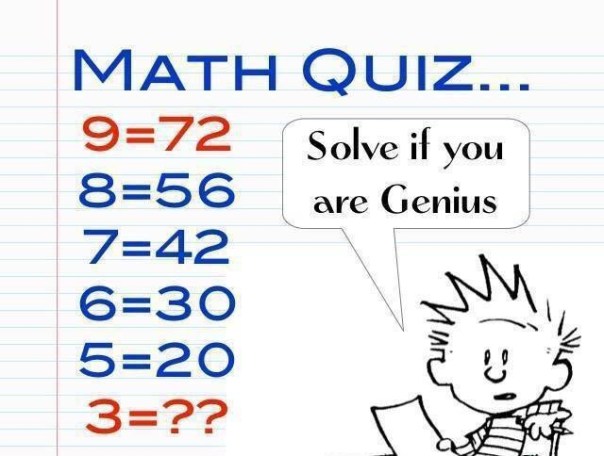 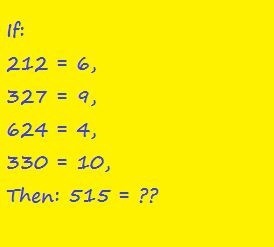 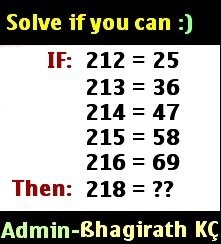 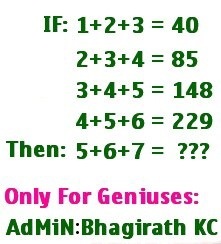 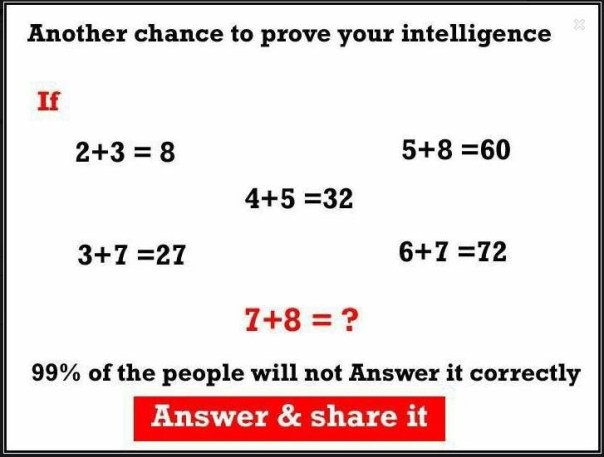